Techno of the week – React JS

ReactJS is taking over the web development, some say that by storm, we agree. 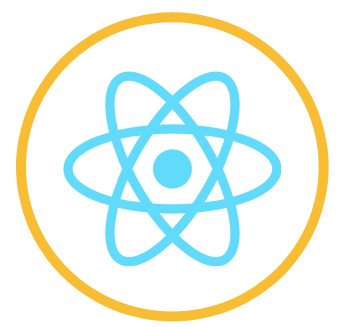 Created by  Jordan Walke and his colleagues from Facebook,  the open-source JavaScript library was 1st deployed on Facebook’s newsfeed in 2011 and 1 year later, on Instagram.  In 2015, because React architecture has proved tremendously successful, the framework has been brought to the Android and iOS world through React Native. Nowadays there are tons of sites using React: Netflix, CodeCademy, WhatsUp and many more.

300% increase in popularity among the StackOverflow community, according to a developer survey launched by the platform in 2016. Stunning right? But why?

Well, some of the reasons might be:
1. Components are better than templates.
2. React encourages every aspect that can change in an application to exist in the same place.
3. React doesn’t actually do a whole lot.

Where to learn it

There are many resources available online to learn ReactJs, 3 of them are listed bellow:

1. Start with a video series. All you need is a little knowledge on HTML and JavaScript


2. Read a book:  Learning React: Functional Web Development with React and Redux by Alex Banks and Eve Porcello. The authors will show you how to create UIs with this small JavaScript library that can deftly display data changes on large-scale, data-driven websites without page reloads.

3. Take a course on udemy: Modern React with Redux

If you know other resources, share them with us in the comments bellow.

Laravel Conferences – where developers go to learn, grow and mingle

Almost all the Conferences are listed on the official ReactJs community page:
https://reactjs.org/community/conferences.html

Give them a try and plan your next city break. Community, insights, core contributors, networking and tons of knowledge – that’s all waiting for you.

What developers think about it?
Adrian, Front End developer from Pentalog, gave us a lovely insight:

„I like the fact that ReactJS is very fast because we have a VirtualDOM that is compared with the actual DOM and only a patch is applied. The large number of react npm packages available via npm is not to be neglected as well. I personally prefer to write code using the redux-saga as I feel it gives me better control over the application state and it provides a cleaner structure to organize the calls to our REST APIs. I am a fan of writing ES6 code and dispatching actions to get or set data in the state.

What I dislike about ReactJS is a specific approach that is becoming very popular these days: using inline styles. I think they have the same re-usability issues as the old inline html tags issues. Also, there may be readability and auto completion problems with some IDEs when writing inline CSS. In the past, I preferred a more template focused approach, similar to Backbone’s Marionette, and was a little surprised to see the JSX mixed up in the render function of a React component. However now I am used to it and it doesn’t bother me anymore.”

This opinion was given in an Angular vs React battle. You can discover it here.

If you are already a ReactJS developer, we suggest taking this ReactJS test. At the end you’ll receive a Certificate to enrich your LinkedIn profile. Do not hesitate to drop us a line or two. Your feedback would be like a sunny autumn day in our Inbox.

Learning is a never ending story and technology evolves as we speak. Join these ReactJS MeetUps, organized in partnership with Pentalog in Romania and Moldova.

This article is part of a new series called “Techno of the week”.