A Budget is great. A Roadmap is smart. But, how strong is your team?

You might think I’m just stating the obvious, but sometimes as a leader or manager of a development team, it’s easy to forget some common sense rules.

So you’ve succeeded in a successful round of fundraising – bravo! You’ve impressed everyone with your 5 yr roadmap – awesome!

Now, you need a development team.

Often the initial choice of the underlying technology is made by the first developer on the team or the CTO. Contrary to popular belief, it’s not a technical choice.

The CEO lets them do their own thing or is kept out of the decision because it’s “not their main concern” or skill area. As a result, the CEO is left out of a decision that affects the entire future of their company!

Today, the choice made by most companies is generally the right one from a strictly technical point of view – the available technology is certainly varied and it is difficult to stay up to date. However, the languages or frameworks of the open-source or proprietary markets are all fairly well designed:

The solution? Pick a language or a framework in which you can find developers on your market.

The problem is not the technology, but rather finding enough (qualified) developers to carry out your roadmap. 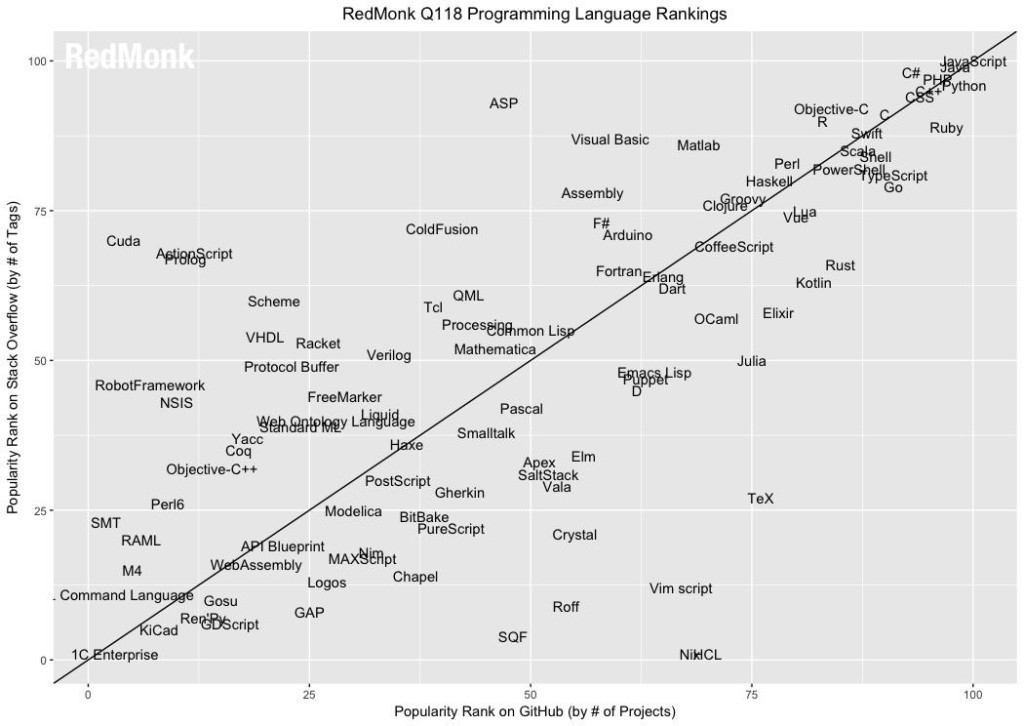 The popularity of development languages can give you a good indicator in this regard. The above chart from a Redmonk article will give you an idea of your situation.

If you have chosen one of the languages in figure 2 below, it will be hard, but not impossible, to find enough developers (especially if you don’t combine your choice of language with a less common framework): 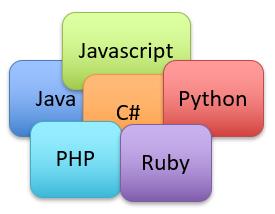 Figure 2: The most popular languages in 2018

Conversely, if you’re going to try to recruit developers who are competent in VHDL (I did some long ago back in school to program EEPROMs) or in Smalltalk (even I haven’t done this), that will be nearly impossible.

You have to watch out for what’s on trend, but looking at the popularity of a technology is one thing to take into account when choosing.

Google Trends can help you with this process – (it’s not just for buying keywords for advertising). 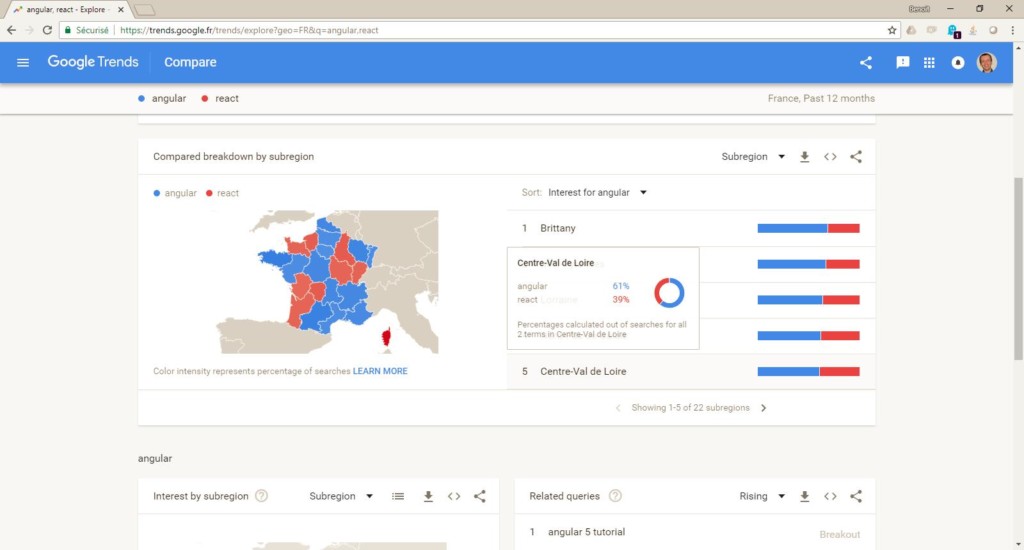 Figure 3: Example: in the Centre-Val de Loire region, you will have a better chance of finding Angular developers than React developers in theory (Disclaimer: this map has nothing to do with the results in the last French legislative elections)

Lastly, of course, you have to take into account your desired ramp-up speed. Some time will pass between when your board approves your plan for the next year and when reinforcements come on board. On top of that, you’ll have to pay to find your team.

For the most common technologies and in regions with a lot of developers, you should expect:

If you are ready to take the leap with outsourcing, expect costs generally two-times less than for in-house services and a ramp-up time from four to six weeks.

Lastly, you may be interested in working with freelancers. Expect about two weeks for them to start working with you. In addition, there are generally lower fees than with services from an IT consultancy: only a mark-up of 5% to 15% on the price that a freelancer asks for. Generally, freelancing platforms just connect you with freelancers and don’t provide the “best endeavors obligation” typically offered by IT consultancies.

Freelancers are also more flexible to get started and “know why they get out of bed in the morning.”

Freelancing, outsourcing, and hiring: how to tap into digital work resources

Freelancers: time to stop fleecing them with commission charges!

What if freelancers were to join modern platforms as franchisees instead of selling their skills in the marketplace?